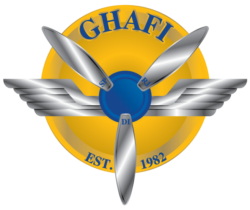 Susan Haass, a private pilot, is currently working on her AGI. once her AGI is complete, she will be Treasurer. Susan has previously served GHAFI as Associate Director representing the associate (non-CFI) members of GHAFI.

Susan first wanted to fly when she was young, following in the footsteps of her father, a pilot with the Army Air Corp. However, she learned in high school that girls (or boys) who wore glasses were not allowed fly for the military at that time. She gave up the idea of flying, erroneously believing that no pilots could wear glasses.

Fast forward to 2011, and Susan had an opportunity to fly with an old friend in his Piper Cherokee. That was it, and she was in love with flying. That fall, she started flight school, getting her private pilot license in June of 2012. In late 2012, she started working with a local flight school at Hooks Airport, assisting them in setting up a new corporation, as well as assisting with software implementation and paperwork necessary to achieve Part 141 certification. She resigned as a partner in late 2015. Thanksgiving of that same year, she bought a Piper Cherokee, which now hangars at T51, Dan Jones International. Buying that plane helped her achieve a flying goal: flying for Pilots n Paws, a 501c3 animal rescue group. Since that time, she has flown more than 30 such rescue missions to a variety of destinations all over Texas, as well as in Mississippi, Louisiana, and Arkansas.

Susan is currently working on her tailwheel endorsement and commercial rating, planning to get her CFI as soon as possible. She is a member of AOPA, EAA, EAA Chapter 302, 99s, IAC, and the Piper Owners’ Society.